A Story of Rosy (By Torty) 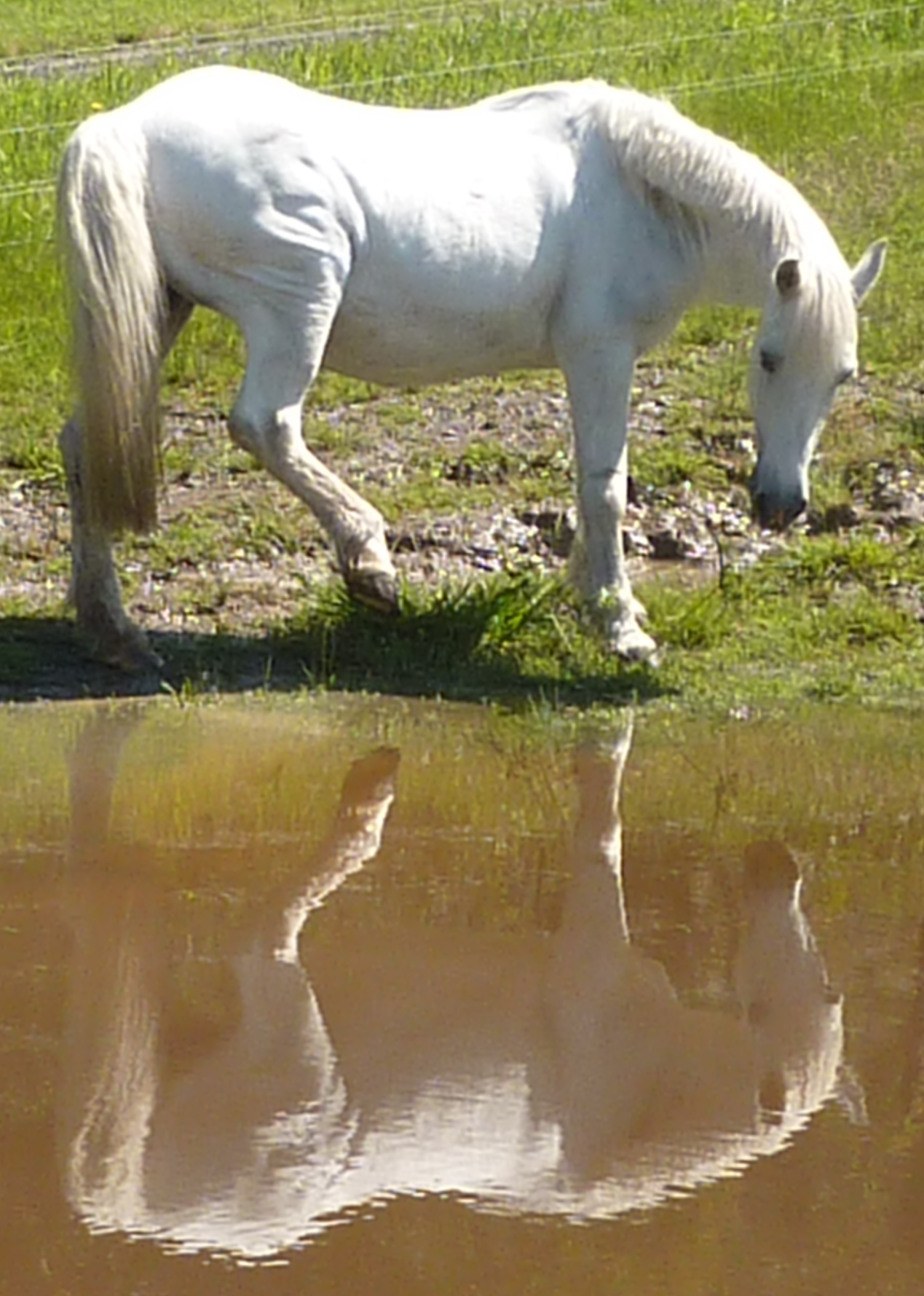 OUR ADORED MOUNTAIN PONY -  ROSY
(By Torty)
Well, I have had quite an adventure in my life! Many, many years ago I lived high on the welsh moors in the UK. It was very, very cold in winter. One winter’s day a farmer came with his dogs and all of us were rounded up and squeezed into an old rusty barn. We were kept there for a long time with no food and only one dirty water bowl to share between all of us, we were miserable. Some of us were released back onto the moors...I watched them gallop away. I was left behind. I was so scared and didn’t always do what I was told, so sometimes the farmer would hit me with his stick. One day those of us that were left were sent to market.
I was very lucky at the market as I was brought by a kind lady who took me back to her farm. I was very, very thin and she thought I was a brown pony but it was only that I was so dirty from living in the old barn. She let me have a big field all to myself and late one night, not long after I arrived, I gave birth to my son, William. You can imagine how surprised my new owner was, she didn’t even know I was pregnant! When William had grown a bit bigger she trained me for her riding school. I was very good as I couldn’t be bothered to gallop fast like the other horses.
maillot de foot pas cher
One day I had a young girl ride me who said I was the finest pony ever! She was very nervous and I was on my best behaviour (although I wouldn’t pick up my feet for her as that was still a bit scary). Soon I was rumbling down a fast motorway in a big truck destined to live with her in England. The young girl rode me a lot and fed me a lot and I grew really naughty! Sometimes I would run off with her and once I even jumped out of the arena over a high fence, but she didn’t seem to mind too much. We were a good team and won at all the competitions. When the girl was a bit older she told me she was moving tocosplay shop Australia, and that I was coming too! I flew in an aeroplane with my friend Jazz and lots of other really smart race horses....I felt very important. So here we are, living in Australia and I still live with my friend Jazz (she always tries to steal my food, but I don’t always let her), I have another friend too, Hollywood. These days I like to spend a lot of time resting and whilst I get lots of hugs and pats I don’t get ridden anymore. I still love my food though! 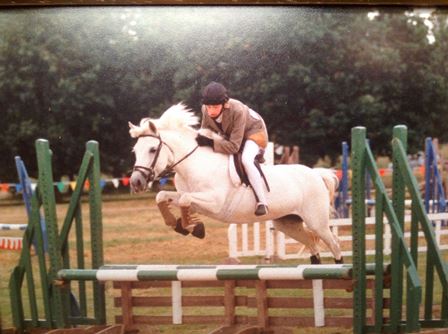 (Torty and Rosy - Above and Below) 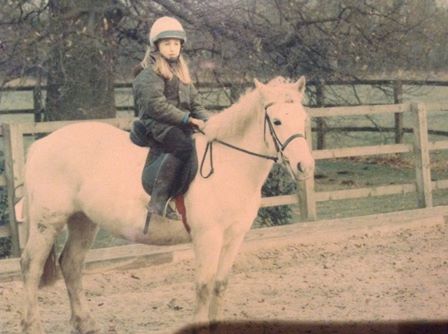 From all at Gillian’s Rainbow Bridge....

Christmas is a festive time of year bringing us lots of joy and happiness, but this year, early Boxing Day, a strong willed, Welsh Mountain Pony named Rosy, decided it was time to walk over the Rainbow Bridge. As you can imagine Gill was there to soften the journey, as this courageous pony took her last steps. Many tears fell as we said our goodbyes.

Torty, her beloved owner was devastated, while Kate and Celia, family friends, found it difficult to absorb the shock of her passing and Jazz, her paddock mate, keeps looking for her dear four legged friend.

Rosy, a perfect pony, lived at Gillian’s Rainbow Bridge filling the lives of many young children with untold happiness. Her white fluffy coat, which covered your clothes instantly, but who cared, her tolerant, adorable nature, her cheeky sparkling deep brown eyes, and her willingness to be patted, groomed and lead by many adoring children were the outstanding characteristics of this much loved and missed special pony.

What an adventure her life has been. From living on the Welsh Moors, to having a loving owner in England, then later in life, hitching a ride to Australia where she spent her latter years in utter contentment. Life is an adventure so they say!! After settling down in the cosy fields of our sun filled Yarra Valley, Rosy lived to nearly 40 strong years. Pampered by Torty, befriended by Jazz, Olly, Siena and Zephyr and loved by all who knew her, especially the children who visited our farm on a regular basis-what a pony!

Thank you Rosy for all the wonderful years you have given us. We will think of you often and our hearts will be saddened but also lifted when we think of all the glorious times you spent with us.

Sit back and enjoy the green pastures, warm glowing sunshine and loving friends you will find just over the Rainbow Bridge.

(Rosy with Friends - Above and Below) 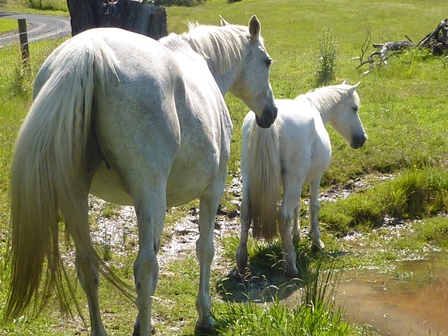 (Jazz and Rosy)
Author: Torty
Make Your Own Comment